ILCA is a nonpartisan, 501(c)4 which believes that immigration is a fundamental part of America’s social, economic and political life, that immigrants add tremendous value to our heritage and that immigration policy should be fair and just by uniting families and promoting fair employment practices.

Support ILCA during this 2016 election to mobilize and educate voters in competitive races across the country about the importance of immigration reform and the impact it has in our communities! 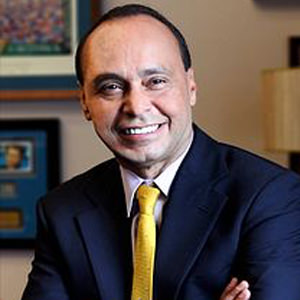 A longtime immigration advocate in the House, Rep. Gutierrez fights on the legislative front lines for reform as the Chairman of the Immigration Task Force in the Congressional Hispanic Caucus and on the Judiciary Committee’s subcommittee on Immigration and Border Security. His tireless efforts continued this year as he stood with fellow Hero Rep. Lofgren to call for an end to family detention. 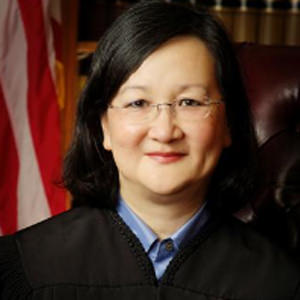 Federal Judge Dolly Gee made headlines this year as she ordered immigrant children be released from detention centers in Texas. This ruling brought to light the horrible conditions of immigrant detention centers and spurred further grassroots efforts calling for immigration reform. Gee, the first Chinese-American to serve as federal district judge, also brought attention to the treatment of immigrants and asylum seekers when she ordered the government to provide free legal services to those detainees with mental disabilities. 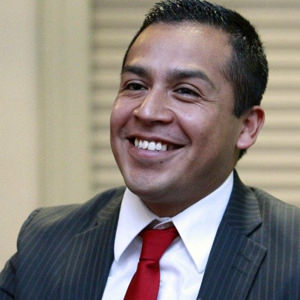 This year’s local hero is Caesar Vargas, director of the Dream Action Coalition which works for just immigration policies through education and political action. He is a vocal leader in the immigrant community and is currently fighting to receive his law license as an undocumented immigrant. 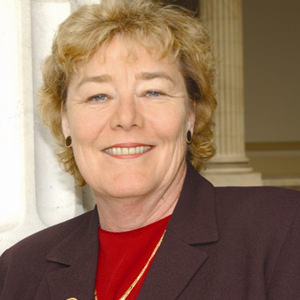 Rep Lofgren has been an outspoken supporter of immigration reform in for many years, recently writing an opinion piece in support of the DACA/DAPA programs and sponsoring a bill to expand availability of EB-5 visas. She also joined fellow Hero Rep. Gutiérrez in calling for an end to family detention. 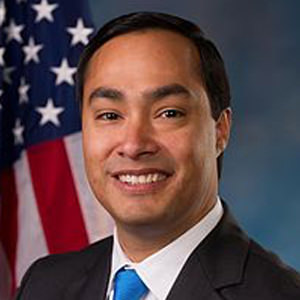 Through an open letter in January of last year, Rep. Castro urged his colleagues in the House not to defund DACA/DAPA programs and to simplify the application process for citizenship. Rep. Castro has also worked to change the way Americans discuss immigration, authoring legislation in 2015 to remove the term “alien” from our federal law. 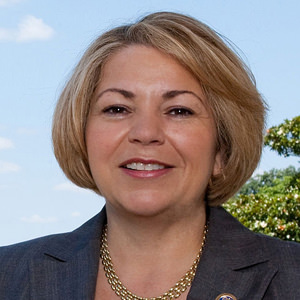 Rep. Sanchez is a staunch advocate for reform. As Chairwoman of the Congressional Hispanic Caucus, she has been an outspoken advocate of the DREAM act as well as DACA/DAPA programs, quoting her own experience as a daughter of immigrants in her statements. 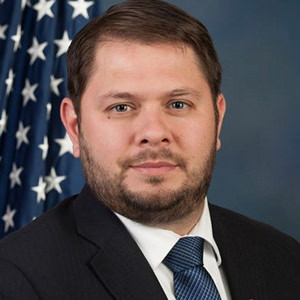 “Our country was built by immigrants and is strengthened by their contributions to our community, economy and culture. But our immigration system is broken and we need comprehensive immigration reform. Our immigration problems are complex and it’s past time for Congress to step up and work together to find solutions. I will continue to push House leadership to take real steps to address this important issue.” -Rep. Reuben Gallego (D, AZ-7) 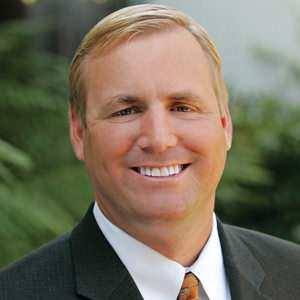 Rep. Jeff Denham has been outspoken about immigration being an American issue, not a partisan issue. While much of the House has stalled on passing immigration reform, Rep. Denham submitted his own immigration reform plan which outlined a pathway to citizenship, including earned citizenship through service in the armed forces. 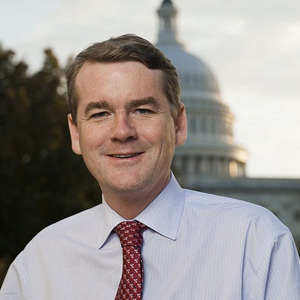 Sen. Bennet first took action as a member of the “Gang of Eight,” who sponsored the immigration reform bill that passed in 2013. Since then, he has been an outspoken voice in the push for reform and has supported the DREAM Act, which provides a path to citizenship following military service, and has called for President Obama to deliver an executive order for immigration reform due to a lack of support in Congress. 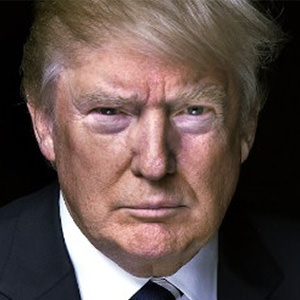 It should come as no surprise that this frontrunner tops our list. Donald Trump has been known to say some pretty outlandish things for the cameras, but Trump's offensive campaign has reached a whole new level this year. Trump claims that the Mexican government will be fully funded by the Mexican government and has referred to Mexican immigrants as criminals, drug dealers and rapists. Trump has campaigned to end birthright citizenship, to defund sanctuary cities and to place bans on immigration according to the Constitution -- yet can’t cite a particular article to base this on. Welcome to the Hall of Shame, Donald Trump! 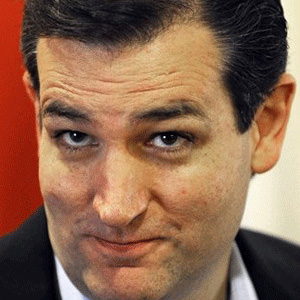 Presidential candidate Ted Cruz (R,TX) has a lot to say about immigration policy, and none of it is good. According to Cruz, work visa programs are damaging to low wage Americans, and the only way to protect them is to triple our border patrol. Cruz opposes President Obama’s amnesty plan, supports the construction of an expensive and ineffective border wall, supports withholding amnesty for immigrants and families who have lived within the United States for a decade and opposes birthright citizenship. Cruz supports allowing law enforcement officers to probe for immigration status and has talked about increasing police surveillance in Muslim communities throughout the United States. Cruz’s heavy handed, extremist views do not reflect the fact that immigration is both America’s heritage -- and also its future. 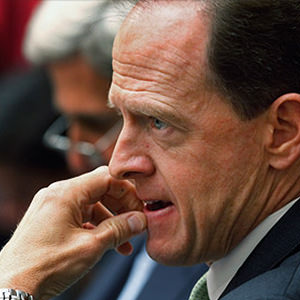 Up for reelection this year, Senator Pat Toomey (R,PA) opposes amnesty to immigrants and has voted in favor of requiring medical facilities to report undocumented immigrants to the authorities when they seek medical help. Toomey opposes the funding of sanctuary cities and has argued in favor of increasing border security while increasing opportunities for legal immigration. 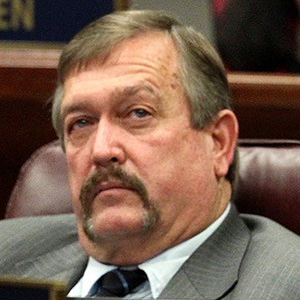 Polling by Gallup has showed that 77% of Hispanic voters favor a path to citizenship for immigrants who are in the United States illegally -- and in a state with nearly 200,000 registered Hispanic/Latino voters, you’d think Representative Crescent Hardy would support real reform as well. Representative Hardy (R-NV) voted to enable law enforcement to request citizenship status, and voted in favor of legislation to discontinue funding for sanctuary cities. Hardy does support legal pathways to citizenship, nor does he support many workshops and education activities for individuals who are currently applying for citizenship to help with everything from avoiding scams to accessing paperwork to petitioning for relatives. He opposes any executive action Obama could take granting amnesty to millions of immigrants in the country illegally. Representative Hardy is up for reelection this year. 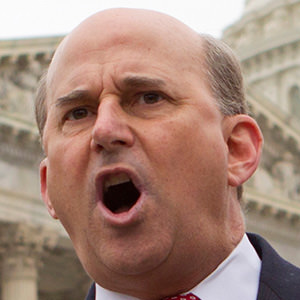 Representative Louie Gohmert (R-TX) supports legislation to construct a wall along our southern border. Like many others in our Hall of Shame, Congressman Gohmert opposes all amnesty and wants to end birthright citizenship. Last year, Rep. Gohmert introduced a bill that would withhold federal grants from states and localities that shield illegal immigrants from deportation by not cooperating with federal immigration official. Finally, Rep. Gohmert co-sponsored legislation to make English the official language of the U.S., while nearly 1 in 5 Americans speak a foreign language at home. 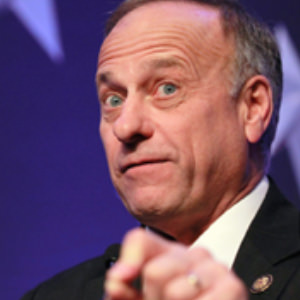 Rep. Steve King makes our Hall of Shame regularly -- and with good reason. King supports Donald Trump’s plan for immigration and has, like Trump, made statements accusing Mexican and Central American immigrants of being generally violent and prone to committing rape. During a May 2015 Summit, Rep. King said “Well I’m for open borders” and that did get their attention. I said, ‘well sure, every time we let an immigrant in, we’ll deport a Leftist,’ I’ll make that deal all day long and called DREAMers people from “ a different planet.” 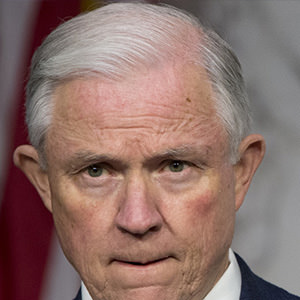 Senator Jeff Sessions (R,AL) has led the charge in the Senate to end amnesty efforts. He voted against funding sanctuary cities, against the guest worker program and also against comprehensive immigration reform. Sessions supports the construction of a fence between the U.S. and Mexico and supports making English the official language. While he supports allowing more foreign workers to enter the U.S. for agriculture purposes, he does not support legislation that provides a pathway to citizenship from such a program, and opposes access to social security for undocumented workers. Sen. Sessions called Trump’s immigration plan “plan America needs.” 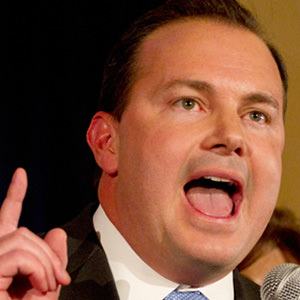 Sen. Mike Lee (R, UT), up for re-election this year, makes our Hall of Shame for backing just about every anti-reform idea out there. Sen. Lee has publicly opposed President Obama’s amnesty plan, has supported plans to repeal the 14th amendment in order to eliminate birthright citizenship, opposes all guest worker programs and the development of an e-verify system to monitor immigrants once in the U.S. 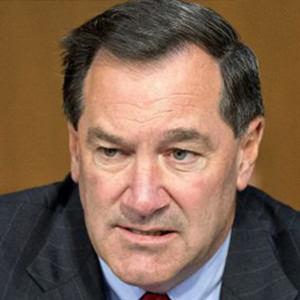 Senator Donnelly makes the Hall of Shame for voting to repeal the Deferred Action for Childhood Arrivals (DACA) and Deferred Action for Parents of Americans and lawful permanent residents (DAPA) programs last year. He introduced S. 744 in 2013 planned to enact "the strongest border security measures in our nation’s history" and called for "doubling the size of our border patrol, [and constructing 700 miles of fencing."